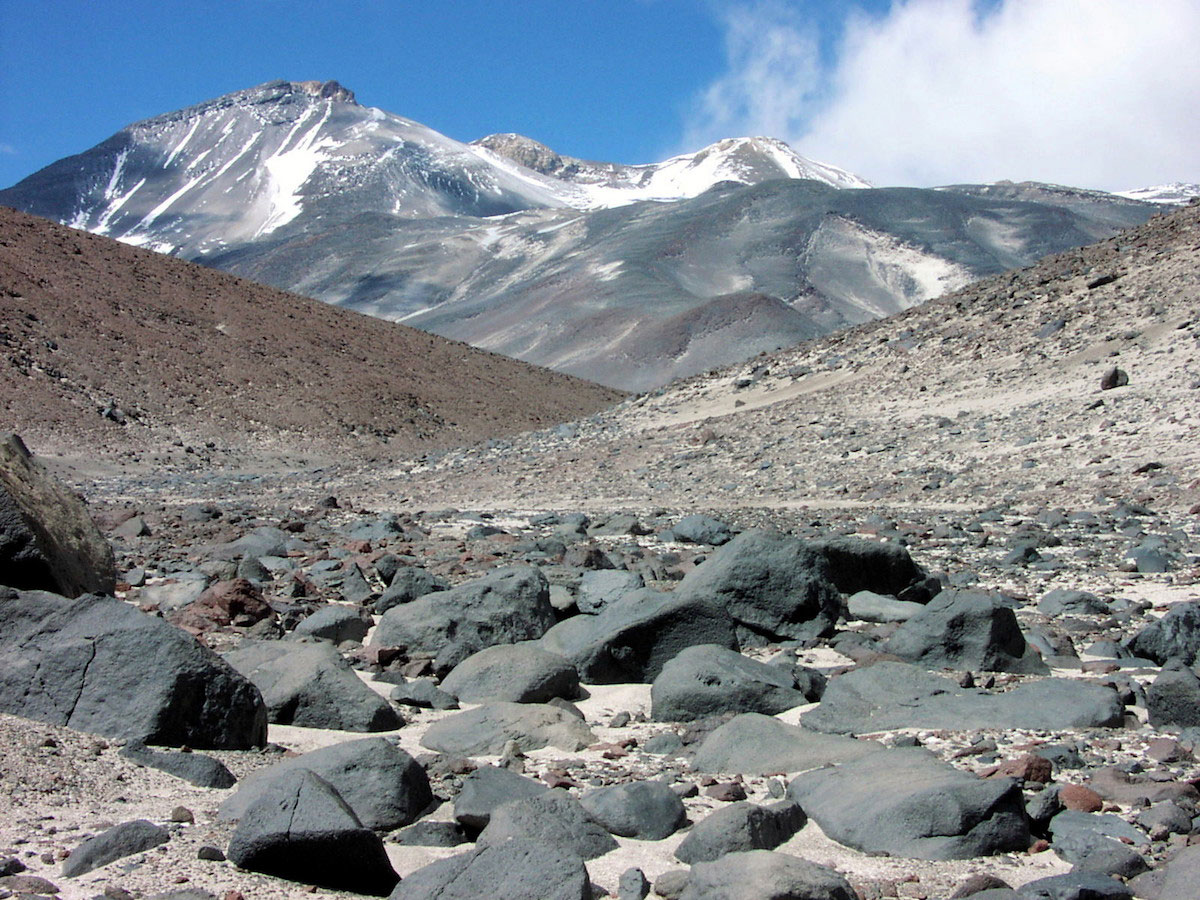 In 2016/2017 season we combined expeditions so that you can acclimate by climbing Aconcagua (14 days program) and then climb the Ojos del Salado or take a full program of Ojos del Salado ascent (17 days), expanding it with “Blitz” ascent to Aconcagua.

Climbing the two highest peaks of South America: Aconcagua and Ojos del Salado. A successful logistics combination makes it possible not to spend time to acclimatize for the second mountain and get two “almost seventhousanders” in three weeks instead of one. Excellent for acclimatization to the spring eightthousander.

Combined ascent to Aconcagua and Ojos del Salado will allow you to get gently prepared for the real seventhousanders ascent. There is no cracked ice and 30-degree cold, but the conditions can’t be called hothouse. South America is known for its winds, and temperatures can be quite low. However, relief simplicity and sufficiently rapid ascent along with much easier set of equipment allows almost anyone with previous climbing experience to ascend to the summit, in contrast, for example to the program “Snow Leopard”, where only physical shape is not enough.

Generally, we prefer to acclimate on the Aconcagua, despite the fact that it is slightly higher than the Ojos del Salado. This is due to logistics  peculiarities at both summits. In terms of timing to go to the Ojos is much easier than to Aconcagua, there is no long trek, there is no need to adjust to the schedule of mules, to be examined by a doctor at the Base Camp considering the percentage of oxygen and to solve numerous other issues. The views on the Ojos del Salado are breathtaking, but winds are stronger and it’s completely deserted, which influences participants psychological state during long stay.

Day 1. Arrive to Mendoza. Obtaining the permit on Aconcagua. Important! On Saturdays office issuing permits is open only until noon! Transfer to Penitentes (2700m). Sending the main cargo mules to Base Camp. Hotel.
Day 2. Transfer to the entrance of the National Park (Laguna Horcones) and proceed to the Confluence (3300m, 2-3 hours). Camp. After lunch a light acclimatization.
Day 3. Early acclimatization radial access to the Plaza de Francia (4200m), with views of the South Face (2700m high). 4-5 hours. Return to the camp.
Day 4. Long jump (8-9 hours) to the main base camp Plaza de Mulas (4350m). The path runs along the wide valley of Playa Ancha. Camp.
Day 5. The transition from Plaza de Mulas Camp-1 (Plaza Canada, 5000m) or higher (5300m camp). Descent to the Base Camp.
Day 6. Rest day in Plaza de Mulas (4350m).
Day 7. Climb from Plaza de Mulas (4350m) to Camp 1 (Plaza Canada, 5000m)
Day 8. Climb from Plaza Canada to Nido de Condores (5600m)
Day 9. Climb from Nido de Condores (5600m) to Camp 3 (Cholera, 6000m).
Day 10. Aconcagua summit ascent (6957m), descent to Camp 3 (6000m).
Day 11. Reserve day in case of bad weather
Day 12. Reserve day in case of bad weather
Day 13. Reserve day in case of bad weather
Day 14. Descent to Plaza de Mulas Base Camp. The transition from the Base Camp to the Laguna de Horcones. Transfer to Santiago. Recreation and farewell dinner.
Day 15. Transfer to the airport. Arrive to Copiapo. Meeting at the airport and transfer to the hotel. Buying products for the ascent and preparation of necessary documents. Walk around the city for those who wish. Night at hotel.
Day 16. The final preparations for the climb. Transfer by jeep to the Atacama camp (5260m).
Day 17. Transfer to Tehos 5800 m camp. Early dinner and a night in a shelter or tents.
Day 18. Early wake up at 4 am, breakfast. Start of the ascent. Typically, a path to the summit takes about 10-11 hours. Ojos del Salado ascent (6893m). Descent to the shelter at 5260 m Atacama. Possible relocation to a shelter at an altitude of 4500 m. Dinner and rest in a comfortable shelter.
Day 19. Reserve day.
Day 20. Reserve day.
Day 21. Transfer to Copiapo (6-7 hours). Overnight at hotel.
Day 22. Transfer to the airport. Flight to Santiago.

The cost of Aconcagua and Ojos del Salado ascent includes:

The cost of Aconcagua ascent doesn’t include: